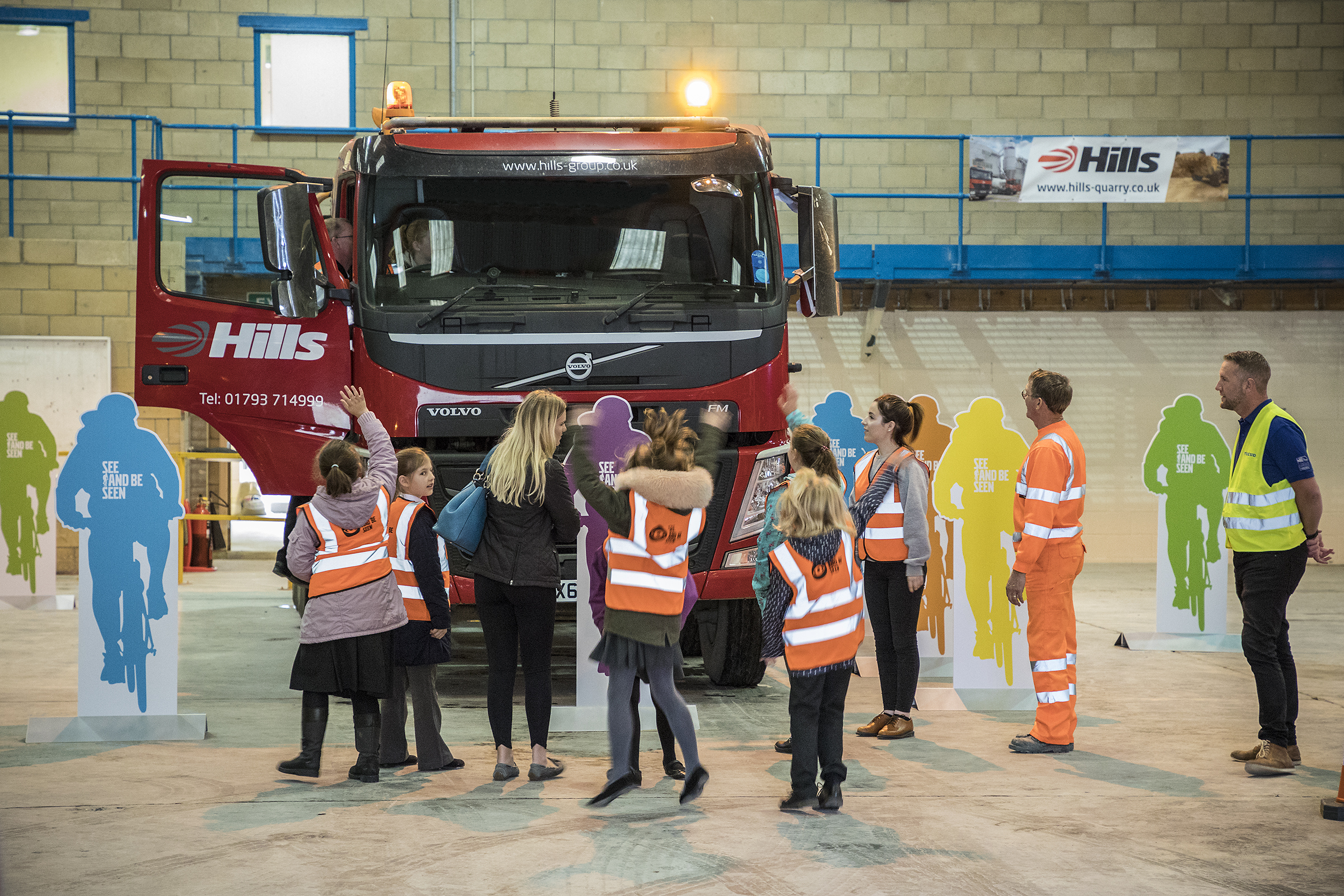 Over 130 Wiltshire school children will be riding their bicycles with a better understanding of safety issues following their participation at a cycle safety education event hosted by Hills Quarry Products in Calne last week.

The bespoke event was organised by Hills in support of the Mineral Products’ Association’s national Cycle Safe campaign. Delivered in fun, interactive sessions and aimed specifically at children aged between 8 and 15 years old, the event highlighted the potentially dangerous zones for cyclists around heavy goods vehicles and provided general road safety awareness education too.

Each session began with a ‘See and Be Seen’ presentation from Volvo Trucks which raises people’s awareness about their visibility in traffic. The ‘See and Be Seen’ campaign spotlights situations where cyclists and other road users are involved and how to improve safety in the interaction between cyclists and truck drivers. It also explained that most accidents are due to human factors such as lack of attention, poor understanding and misjudgement.

The children then moved into a large hall where heavy goods vehicles were set up with life size cut-outs of cyclists placed around them. The children were invited to get into the driver’s seat and mark on a diagram which of these cyclists could be seen, helping them to understand the importance of never cycling within the ‘blind spot’ areas around a lorry as a driver will not be able to see them.

Peter Andrew, Group director Hills Quarry Products, said: “Cycling continues to grow in popularity and it is important that these vulnerable road users are protected when they cycle near our lorries. Our drivers have been trained to be aware of cyclists on the road, and our vehicles are fitted with audible warning systems and safety cameras, however, we know that the most effective way of helping cyclists understand the risks is to allow them to sit in the driver’s seat of a lorry and experience what a driver can or cannot see.”

Wiltshire Council’s Road Safety Officer, Tina Giles, was on hand to deliver practical demonstrations on the importance of always wearing the correct headgear when cycling and how to fit a cycle helmet correctly, together with an easy to follow method of undertaking essential bicycle maintenance checks.

The event was also supported by Dorset and Wiltshire Fire and Rescue Service with station commander Tom Burns on hand to convey cycle safety messages from the Emergency Services’ perspective and give participants the opportunity to get up close to a fire engine.