The restoration of land ‘borrowed’ for aggregate extraction is carried out to a high standard and has resulted in a number of awards for Hills.

Hills works closely with partner organisations such as the Wiltshire Wildlife Trust and the Cotswold Water Park Trust to deliver areas that are rich in wildlife and regarded as assets for local communities. 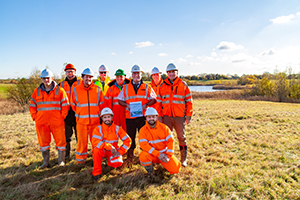 Hills Quarry Products received a ‘highly commended’ Restoration Award from the national Mineral Products Association (MPA) in October 2019. This was awarded for the work carried out to create a thriving wildlife habitat on the restored areas of its Shorncote Quarry in the Cotswold Water Park, located on the Wiltshire/Gloucestershire border.

Praising the work that Hills has undertaken the Mineral Products Association’s chief executive, Nigel Jackson said: “By creating new habitats during quarry restoration, the mineral products industry is a pioneer in the field of nature conservation.”

The Cotswold Water Park extends to 40 square miles and has 150 lakes developed from a century of gravel extraction. The award-winning Shorncote Quarry has produced nine of the Water Park’s lakes, which are used by wading, migrating, breeding, feeding and nesting birds. The unmanicured and naturally regenerating areas at Shorncote Quarry are providing excellent habitat for Stonechat, Goldfinch, Little Ringed Plover, Kingfisher, Sand Martin, Oyster Catcher, Marsh Harrier, Hobby and Lapwing. Starling murmurations are common over Shorncote’s reed beds and the created islands have attracted Bittern, Little Egret and Spotted Crake to take up residence. 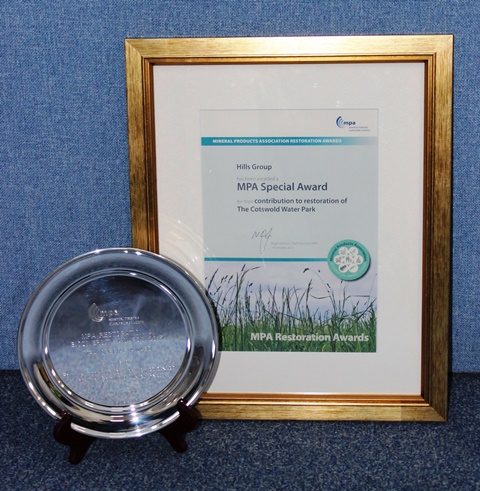 Hills Quarry Products received a special award for their contribution to the restoration of The Cotswold Water Park, Gloucestershire. 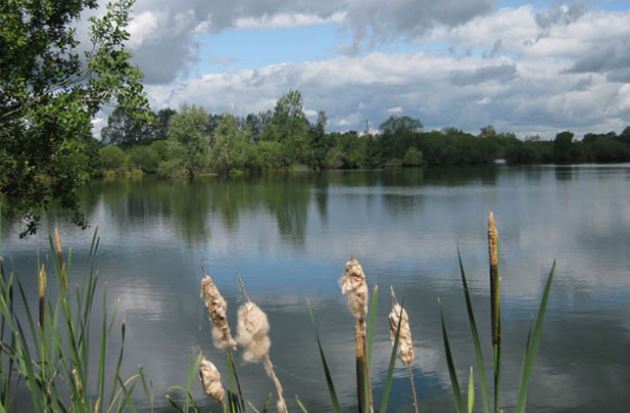 Nature has largely taken its own course at Swillbrook but not without some help from man and from the Wiltshire Wildlife Trust in particular, which manages the reserve. Willow scrub and brambles are cut on a regular basis and other areas are kept under control by grazing.

It is one of the finest spots in the area for birdwatching. Used for gravel extraction in the 1960s, this area is a fine example of a wildlife haven created by human activity. A mass of shallow pools provide ideal conditions for dragonflies and damselflies. Small breeding populations of wildfowl are joined by wintering birds, and some unusual migrating birds. 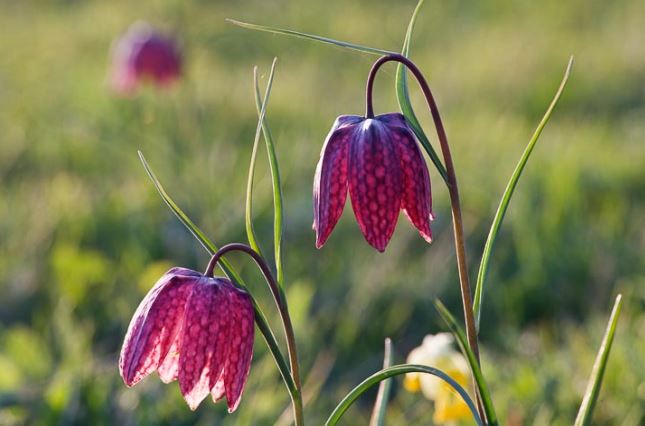 Situated on the outskirts of Ashton Keynes near Cirencester, Manor Farm is a restored area and home to the Cotswold Water Park Trust.

The 32-acre site had to be worked with particular care because of an adjoining Site of Special Scientific Interest (SSSI) populated by a rare snakeshead fritillary. Water levels were constantly monitored and maintained by recharge ditches in order to safeguard the flowers.

Hills’ restoration of a former sand and gravel quarry to a favoured fishing and wildlife haunt reflects that. The site won a restoration award from the Quarry Products Association in 1996. The judges who visited the site commented: “The overall standard of restoration is good and the quiet use of the site is a planning gain for the area.”

Situated close to the Cotswold Water Park village of Cerney Wick, Spinnaker Lake was worked for gravel in the 1970s and handed over to the Cotswold Sailing Club in 1984. The club has since purchased the site and built its own clubhouse.

The lake incorporates an attractive island and is alive with sailors at weekends and during club evenings throughout the summer. It is also a popular venue for young canoeists.

The site won a restoration award from the Sand and Gravel Association in 1994. 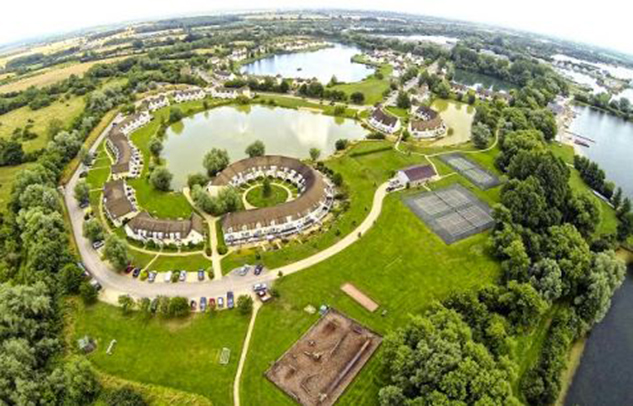 The Cotswold Water Park consists of a network of 150 lakes and is already 50 per cent larger than the Norfolk Broads. At its heart is a development of lakeside lodges in a range of complementary styles and widely sought after as second homes.

The development at South Cerney is in two parts. Isis Lakes covers two lakes, one stocked with carp and the other with trout for the enjoyment of fly fishermen. It also has floodlit tennis courts, a croquet lawn, adventure playground and an assortment of rowing boats and canoes.

The neighbouring Spring Lake offers views over a slalom ski course and also boasts its own health and fitness club. While most of the land is maintained to parkland standards, some of the lake edges have been left to return to natural environment and have become home to an assortment of wildlife.

The Isis Lakes development won a Quarry Products Association restoration award for Hills in partnership with Watermark Management in 1999. 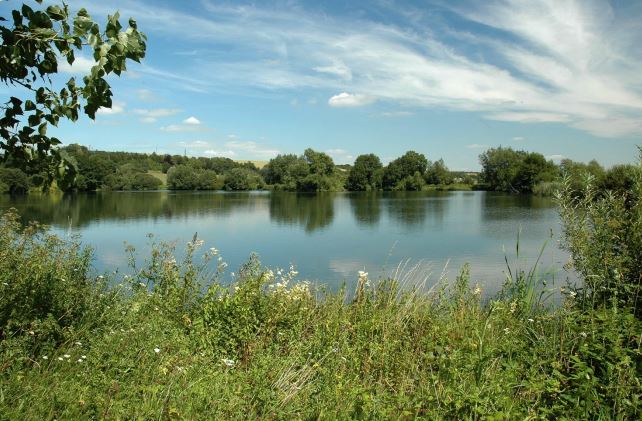 Set in the picturesque Wylye valley to the west of Salisbury, Langford Lakes is one of the UK’s best examples of long-term gravel workings that have successfully made the transition to become a stunning nature reserve. Since purchasing the site in 2001, the Wiltshire Wildlife Trust has built on the good restoration work achieved previously by Hills to establish what has become its flagship reserve. It is now an important refuge for wetland birds, a centre of excellence for environmental education, a popular destination for anglers and a valued venue for the local community.